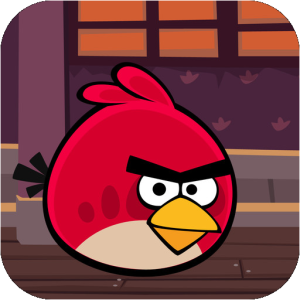 Moderation is a fatal thing.  Nothing succeeds like excess. ~ Oscar Wilde

Moderation has never been my strong suit.  I can obsess over almost anything. When I read that Oscar Wilde, author of the quote above, died at the young age of 46,  I wondered if it might have been excesses rather than moderation that contributed to his early demise.

My latest obsession is Angry Birds.  I didn’t intend it to be an obsession.  It’s just that I had heard so many people mention playing the inane electronic game that I wondered if I were missing out on something really exciting and marvelous.  I can now say unequivocally that I wasn’t.  Will it contribute to my demise?  Not likely.  But possibly, in an indirect way.  If I sit on my duff and play too much I probably won’t clean my house or go for a walk as often as I would if I had not put those silly birds on my Nook.  As if I need more excuses for not doing those important things.

Actually, I don’t really think the lack of adequate exercise would be as much of a factor as would the stress the game creates in me.  Stress, you say.  It’s a game!  Games are fun, entertaining.  Aren’t they?

I have often wondered and worried about our children and the effect violent games might have on them.  Since the tragic shooting at Sandy Hook, I have heard several times that there are no studies to prove a correlation between violent television programs and/or video games, and violence in children or adults.  I’m still wondering.

I would imagine that some of you are thinking Angry Birds?  Violent?  I’ll try to explain.

In case you don’t know, the goal of this seemingly harmless game is to fire your angry bird(s) from a slingshot in an effort to detonate/explode/kill little round green pigs, or other birds who are placid and not angry, or monkeys.  Did I say KILL?  I don’t kill things.  Why am I killing birds and pigs and monkeys — even in a game?

When I started playing I thought it was fun.  As I progressed through the easier levels and started to find it difficult to “kill” all the creatures I was supposed to kill, I got very antsy and unsettled and yes, angry.  My eyebrows started to look like those on the bird in the picture above and I would find myself saying, “Damn you, monkey, I’ll get you next time around!”  My muscles tensed.

A few nights ago I made the mistake of playing a kill-the-monkeys game shortly before going to bed.  Not smart for one who suffers from insomnia once or twice a week.  I went to bed and, of course, could not sleep.  Not only could I not sleep but I kept seeing buildings and cages and critters detonating into thousands of pieces.  And the worst image of all was the evil monkey with its Groucho Marx eyebrows taunting me.  Nightmares without the sleep.  What a stupid thing to do to myself.

I’m happy to announce that I’m finished with those Angry Birds.  It’s about self-defense.  I’m afraid they will finish me.

I would be interested in your comments.  Do you play video games?  Which ones?  Have you had an experience like mine?